On My Nightstand Right Now... 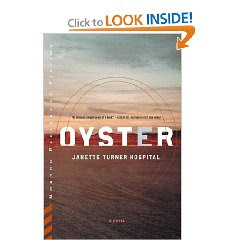 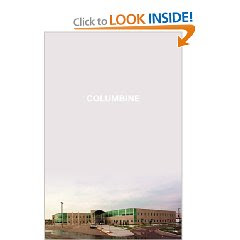 Posted by Rachel Howzell Hall at 6:57 AM No comments:

Mrs. Dalloway by Virginia Woolf
“The only good thing to say about this 'literary' drivel is that the person responsible, Virginia Woolf, has been dead for quite some time now. Let us pray to God she stays that way.”

Tropic of Cancer by Henry Miller
“This book is one of the worst books I have ever read. I got to about page 3-4.”

Email ThisBlogThis!Share to TwitterShare to FacebookShare to Pinterest
Labels: Books, The Writing Life

Why Alfre Woodard is Awesome...

and why all writers (me, too) should think about what she's saying...

Just a little bit of wisdom found at The A.V. Club at The Onion:

"Americans have a hard time writing moms. I'll get a script and everything's really great, everything's well-drawn, but the mom is like this character, like stock footage, they go and get that out. They plug it in, this idea of "mother." You could lift moms out of any script, no matter what the culture, what the neighborhood, what the economic status, even if it's a period mom, and you could switch them around, and they'd be the same person. I think it's because most people don't really have a human idea, a specific life that they attach to who their mother was. Their mother was there for them, so it either gets deified, or the opposite. That Mommie Dearest kind of thing. We love them or we don't, or we rebel, but we can't see who they are. That they are a person in life with taste, with sexuality, with opinions, who is pissy also, who has a right to not be the big tit for you every time you want something. And then we leave, and we go off to college or off into the world to work-you really appreciate your mom then. But there's that big chunk when you don't know your mom's faults, desires, wishes, distastes."

Some of my favorite "Mother" roles written for screen and page:

1. All the mothers on "The Golden Girls." Yes, I'm a HUGE Bea Arthur fan and GG fan, too. I watch it every day only because the Dorothy, Blanche, Rose and Sophia are written as full-blooded, sexual, caring, sometimes selfish women who are mothers.

2. Claire Huxtable, The Cosby Show. Sassy, smart, sexy and no nonsense. She also had a life outside of her children.

3. Ellen Ripley, Aliens. Technically, she is not a mother, although she does end up becoming one in her defense of Newt.

4....I'm looking at my vast bookcase. I'm scanning titles, trying to identify one in which a well-rounded mother is portrayed. Having a hard time - either she's a mystical mom, or a crazy mom, or a slut and junkie, or has such a small part in the story that she's not really there... hmm...

Maybe Ms. Woodard has a point.

Can you help me - what are some awesomely-written mothers in literature/television/movies? I know there has to be...
Posted by Rachel Howzell Hall at 7:01 AM No comments:

Because She Loves You...

My fabulous friend Catherine sent me a link to this book, Because I Love Her by Andrea Richensin. It's a collection of stories that reflect the relationships we have with our mothers -- as daughters, as women.

It's now on my To-Buy list. Check it out. And get one for your mom-sister-friend, too.
Posted by Rachel Howzell Hall at 7:00 AM No comments:

Hope They Don't Screw It Up

One of my favorite book is Erasure by Percival Everett. In it, a struggling, black literary writer (is there any other kind?) is so frustrated with the publishing climate that he writes a parody of a 'ghetto' novel written as a joke. My Pafology by Stagger R. Leigh (get it?) becomes a bestseller. Very smart. Very cutting. Very funny.

I read the other day that they've gone and turned the book into a movie. Angela Bassett will make her directorial debut. The title's been changed to United States. Let's hope that's the only major change.

Read it beforehand - just in case.
Posted by Rachel Howzell Hall at 7:07 AM No comments:

Stephen King's Got Another One

The man doesn't know how to retire.

GalleyCat reported that Stephen King will publish a new novel in November. I'm thrilled! Here's more.
Posted by Rachel Howzell Hall at 7:05 AM No comments: