So, I just finished with the copy-edits for Land of Shadows. If you've forgotten what the first of my new series is about, here's a reminder:

In Land of Shadows, LAPD homicide detective Elouise 'Lou' Norton must learn the truth about the apparent suicide of a teenage girl which may be related to her own sister's disappearance more than twenty years ago.

I love Lou. She's a homicide detective in a traditional male's world. More than that, she's a girlfriend, a wife, a daughter, a citizen and a sister. Many things to many people. I love her because she is strong.

Just finished reading an article that makes me question that word. And not just that word, but the "Strong Female Character" trope. And I thought about Lou as the writer stated why she 'hated' these types of characters. The author says this about 'Strong Male Characters":

Are our best-loved male heroes Strong Male Characters? Is, say, Sherlock Holmes strong? In one sense, yes, of course. He faces danger and death in order to pursue justice. On the other hand, his physical strength is often unreliable – strong enough to bend an iron poker when on form, he nevertheless frequently has to rely on Watson to clobber his assailants, at least once because he’s neglected himself into a condition where he can’t even try to fight back. His mental and emotional resources also fluctuate. An addict and a depressive, he claims even his crime-fighting is a form of self-medication. Viewed this way, his willingness to place himself in physical danger might not be “strength” at all – it might be another form of self-destructiveness. Or on the other hand, perhaps his vulnerabilities make him all the stronger, as he succeeds in surviving and flourishing in spite of threats located within as well without.

And in many ways, I agree. She says:

I want a wealth of complex female protagonists who can be either strong or weak or both or neither, because they are more than strength or weakness. Badass gunslingers and martial artists sure, but also interesting women who are shy and quiet and do, sometimes, put up with others’ shit because in real life there’s often no practical alternative.

I'm a child of layaway and remember the crumpled yellow slip and the crumpled $10 bill and seeing your special leather jacket in the plastic wrap back there in the Wilson's Leather storage room...
But a fur on layaway?!
That's a lot of $10 bills. 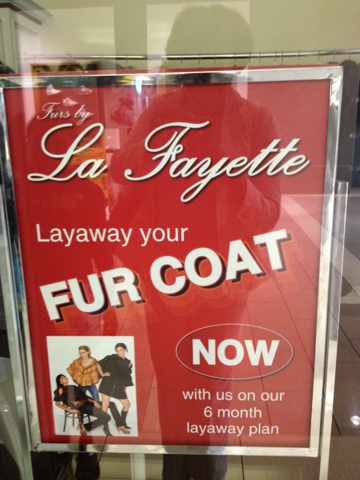 Posted by Rachel Howzell Hall at 6:05 PM No comments:

Along with Ira Levin and Stephen King, I cannot read Mr. Leonard's work while I am writing. He's just too good, and too clever, and his words aren't words at all and so I feel immensely inferior and so I won't read until I'm done with my own crappy pile of story.

For Elmore Leonard, there are 10 Rules to Writing:

1. Never open a book with weather.

3. Never use a verb other than "said" to carry dialogue.

4. Never use an adverb to modify the verb "said”…he admonished gravely.

5. Keep your exclamation points under control. You are allowed no more than two or three per 100,000 words of prose.

6. Never use the words "suddenly" or "all hell broke loose."

10. Try to leave out the part that readers tend to skip.

"My most important rule is one that sums up the 10. If it sounds like writing, I rewrite it."

Number 10 is my favorite. Wish more writers did that -- I'm finding myself skipping parts that make my eyes cross.

Posted by Rachel Howzell Hall at 8:41 AM No comments:

One of my favorite parts of the publishing process just happened.

My wonderful Tor/Forge editor Kristin just emailed me with the copy-edited version of Land of Shadows.

So, now (since I haven't read a lick of the story since.... months and months ago, I get to re-discover Lou and Colin and the rest of my peeples -- with corrections!

And. And! This is where the author gets to write the dedication and the acknowledgements and Stet stuff.

It's all going so lovely and Kristin's so great and so smart and funny and I can't wait to share some wonderful THINGS with you.

Cross my heart.
Posted by Rachel Howzell Hall at 8:36 AM No comments: 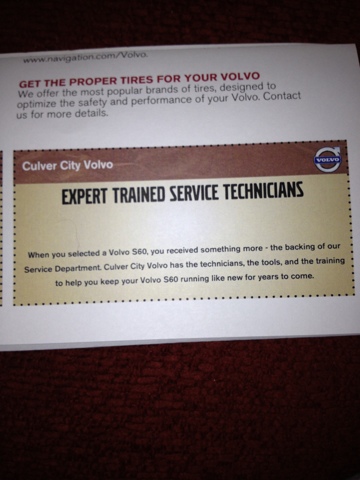 So the mail just came and we got coupons from Volvo!! 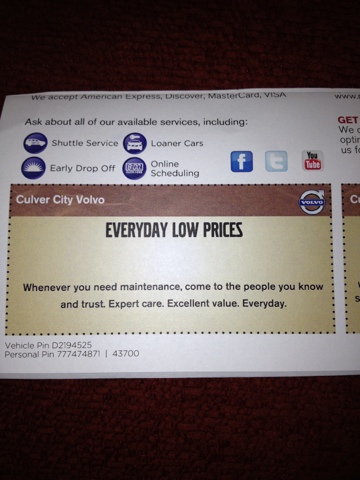 How does one redeem a coupon for Everyday Low Prices? And will I get Crappily Trained Service Technicians if I   didn't have this coupon for the Expert?
Posted by Rachel Howzell Hall at 1:00 PM No comments:

It was a dark and stormy night.

It was all a dream.

Bad first sentences -- we've all written them. And crossed them out. Hopefully.

Did y'all see the recent Atlantic article? Stephen King on why first sentences matter?

Stephen King: There are all sorts of theories and ideas about what constitutes a good opening line. It's tricky thing, and tough to talk about because I don't think conceptually while I work on a first draft -- I just write. To get scientific about it is a little like trying to catch moonbeams in a jar...

Also, I love Stephen King and I was thrilled to see a compilation of three of his novels on the Classics table at B&N last night!


Posted by Rachel Howzell Hall at 8:47 AM No comments: